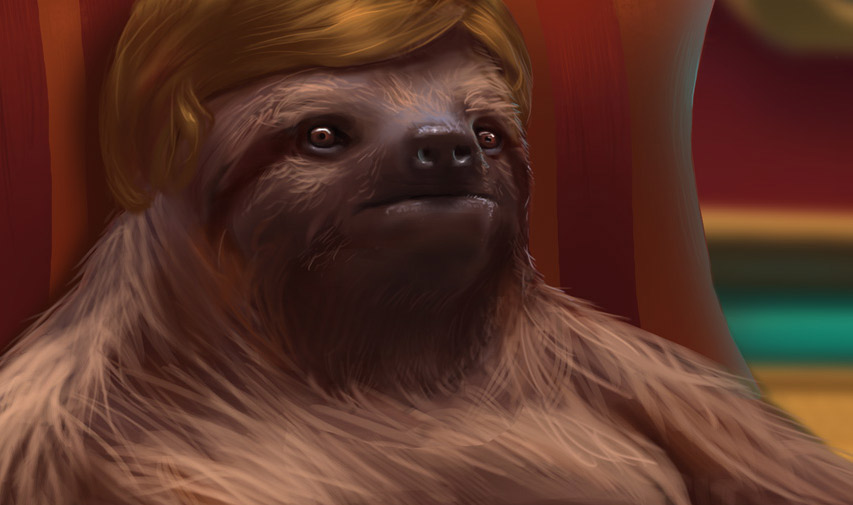 I have had the pleasure of working with the insane and insanely talented game developer Jacob Janerka on Paradigm – An adventure game set in post apocalyptic Eastern Europe with an ugly mutant protagonist, and an evil sloth antagonist.

Play as unattractive yet over-confident mutant Paradigm; who must prevail through a series of inconveniences on an adventure to overcome the insecure and tyrannical sloth antagonist, Olof!

Paradigms music is heavily influenced by the retro futuristic sounds of the 70’s and 80’s, similar to the likes of Tangerine Dream, Pink Floyd, Kraftwerk and movies such as Blade Runner.

What I personally like most about this project is that for once I have to try hard NOT to make everything sound tight and polished, and I am quite happy with how genuine the sound is.

The game, and soundtrack, is still under development and will be released Q1 of 2015.