For my bachelor graduation concert in the spring of 2012, I produced an intermedia piece titled VEIL. The piece features electroacoustic music in an eight speaker octagon setup, live generated and static back projection visuals as well as a dancer performing in front of the screen.

The music is a mix between material generated in SuperCollider, concrete sounds and commercial software. Visuals are all generated through Processing, a java-based language. Most of the graphics are generated on the fly, allowing for randomness as well as exact control, sync and responsiveness with the audio.

Most of the dancing is improvised, however there are some choreographed elements necessary for the dramaturgic development.

While open for interpretation, the piece is about submission under social power structures in society – such as capitalism, conformity and religion.

The piece was performed at Reaktorhallen R1, KTH.  The space used to house Sweden’s first nuclear reactor and was used for research purposes. This was well over 40 years ago and all that remain is a large, empty and eerie dilapidated hall 30+ meters below Stockholm’s soil.

The very talented Tara Motazed Kivani danced in this piece and made an amazing job, especially since because of technical difficulties we had but one full practice run just before the show.

A Cunning Deception of Self

During the winter of 2012 I composed a piece called ”A Cunning Deception of Self”. This was a project where myself and three colleagues set out to do our own realizations of Karlheinz Stockhausen’s ”Plus Minus”. Stockhausen’s piece is more or less a tool/set of instruction that I used to generate tone material. From that material I composed this piece for small ensemble and live electronics. I also incorporated the use of live graphics projected on the wall. However, on the video it is but barely visible up until the end. I am controlling the electronics and video from the audience using a Wiimote, paired with SuperCollider and Processing.

Bachelor Concert at the Reactor Hall

Hello and long time no see!

This spring has been really crazy with a lot of fun project and pieces. I’ve been working almost non-stop since christmas and thus have had litte time to attend to my website. I will post more information about these projects pretty soon. Now, in just a few days I will have my final concert completing my BA in Electroacoustic composition. It is going to be a 25 minute sensory overload with 8 speaker surround, projected graphics as well as a dancer. The graphics are generated with the java bases programming language Processing and the sound and music a mix of SuperCollider synthesis, concrete sounds and plenty of synthesizers.

The concert will take place att Reaktorhallen R1, at KTH campus in Stockholm SWE on the 25th of May at 21.00. I’d like to cordially invite you to share this evening with me and my fellow graduate David Granström.
If you cannot make it, worry not too much. I will get a recording of the performance up on here eventually, and that’s better than nothing.

A few weeks ago I got a piece performed by the Stockholm Youth Wind Orchestra. The piece was a complete rework of an old piece of mine called ”Slow Dancing with Mary Magdalene” but this time went by the Swedish name ”Sällskapsdans med Maria Magdalena”. In conjunction with this I was asked by Swedish Radio to participate in a live interview about myself, the piece and the experience of working with a youth orchestra. What fun! They also said that they wanted to air the piece in full as well.

However, for many reasons, the orchestra performed the piece far from flawlessly and both myself and the reporter agreed that airing a short excerpt where it sounded alright would suffice, as I felt the overall performance did not do the piece justice. Though working with a young orchestra was a nice experience, I was not quite prepared on what level I was to write for. One of the major hick ups I guess was that I notated it a bit awkward (The time was in 11/4 instead of 3+3+3+2) which I guess would confuse any novice player.

Hopefully I will get it performed by a professional orchestra some day and share the entire piece with you all. In the meantime, feel free to listen to the interview (unfortunately it’s in Swedish) or jump to the excerpt at 03:10. 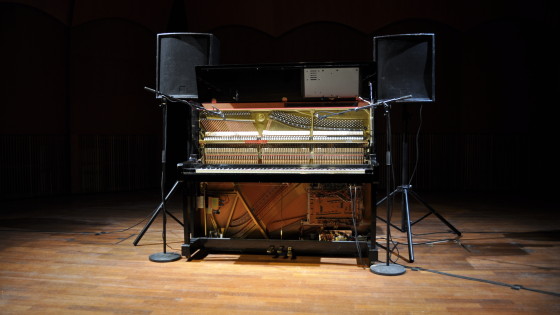 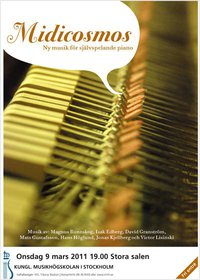